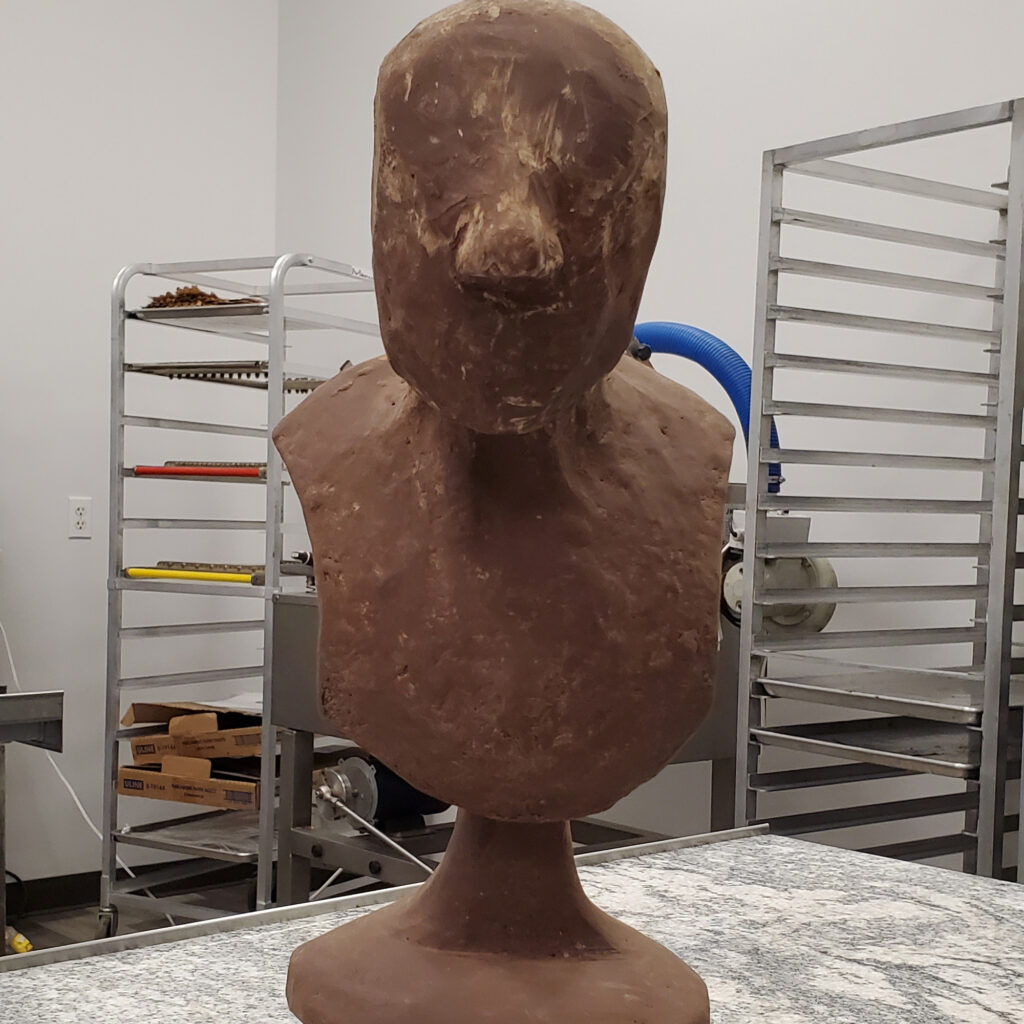 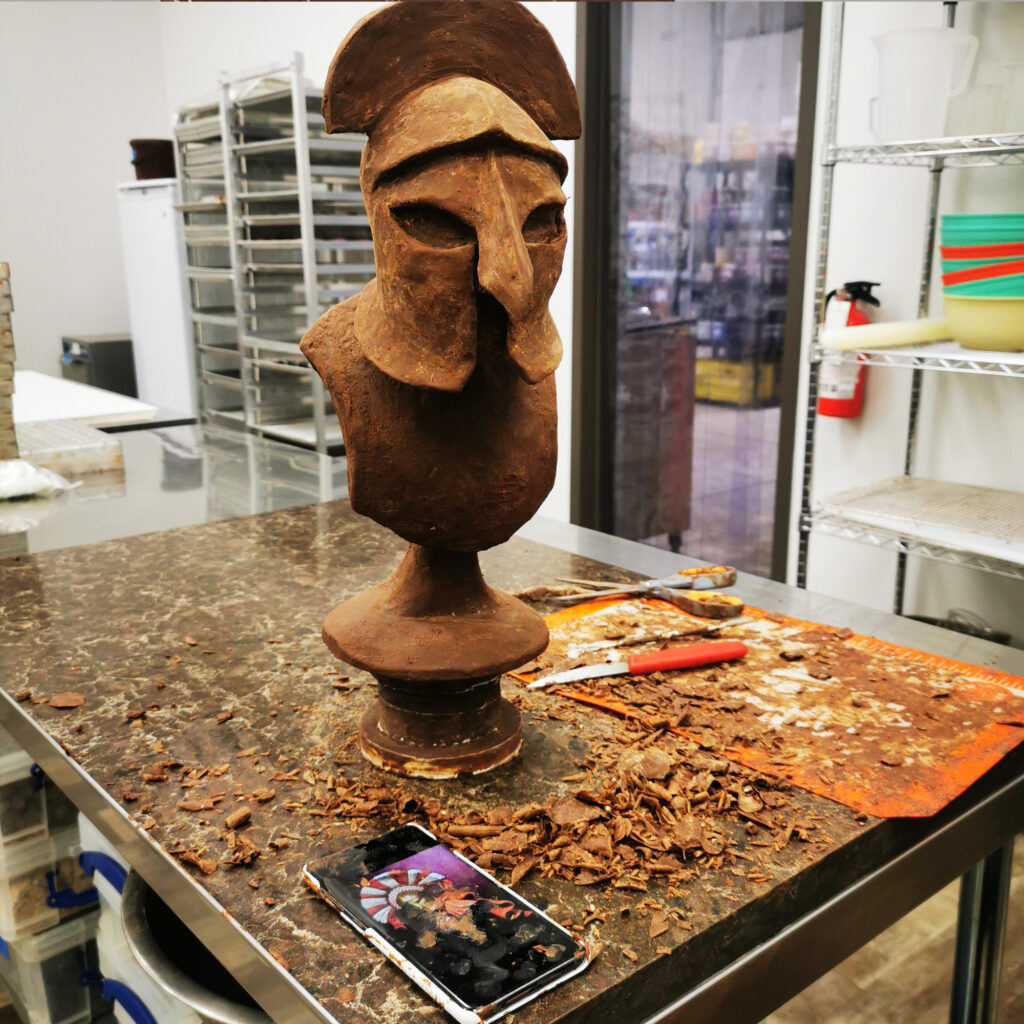 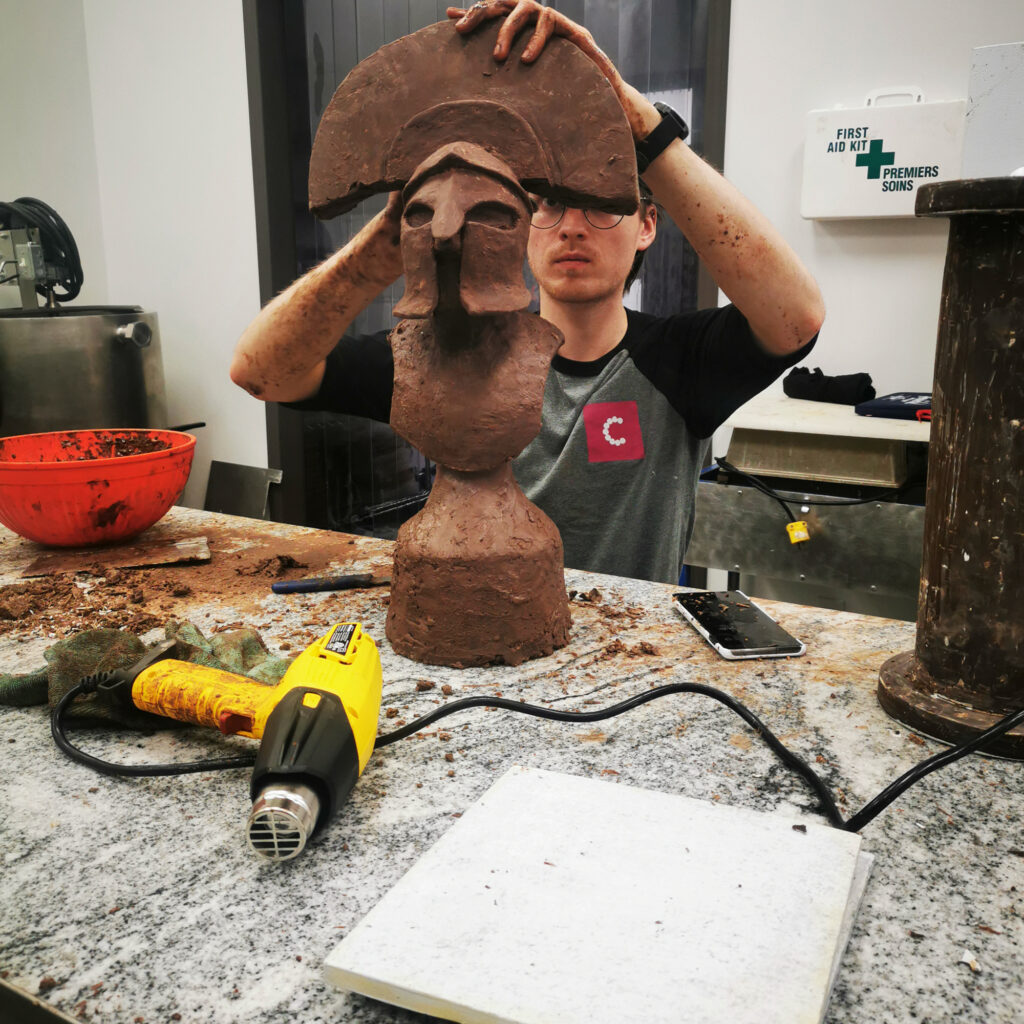 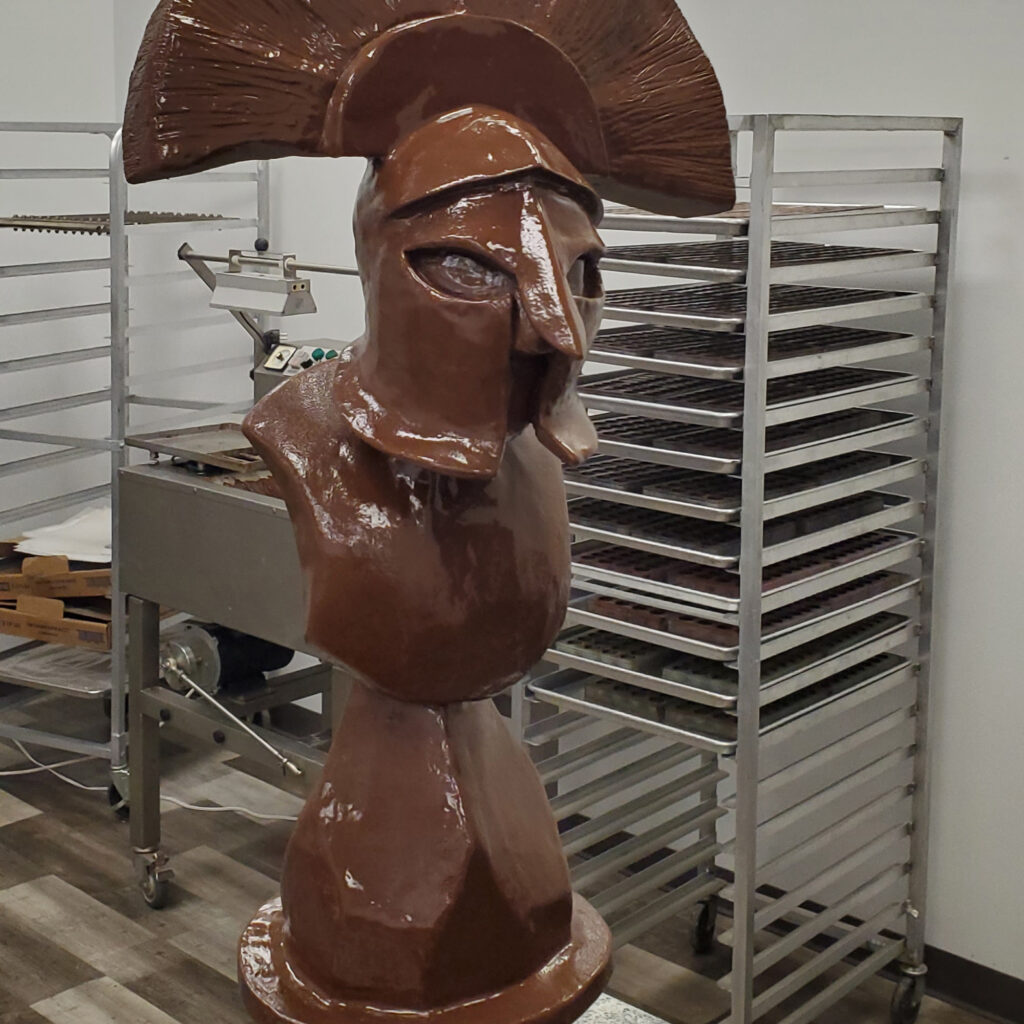 Warrior with Corinthian helmet, from the Battle of Thermopylae

A 100% Chocolate Sculpture, by Stephen Himmelfarb

“They say we Spartans descended from Hercules himself. Bold Leonidas gave testament to our bloodline…his roar was long and loud.”

In 2006, film director Zack Snyder introduced a theatrical retelling of the Battle of Thermopylae, in the film The 300. I’m always inspired by such events in history, however emboldened by film they may be. My goal was to take the fictional portrayal of death and war that 300 depicts and attempt to give it both beauty and at the same time, an underlying menace in my artistic interpretation of the Spartan Warrior.

I began this piece with imagery from the film, but added a slight twist, by creating a less commonly seen variety of the Corinthian helmet. Then added some battle worn details, to show that this helmet belonged to a seasoned warrior.

The Corinthian helmet was depicted on more sculptures than any other helmet. The Greeks romantically associated it with glory, and past victories. It was worn to appear taller and more intimidating, and to gain more respect amongst colleagues and enemies alike. This intimidation factor was a vital tactic used in ancient warfare. 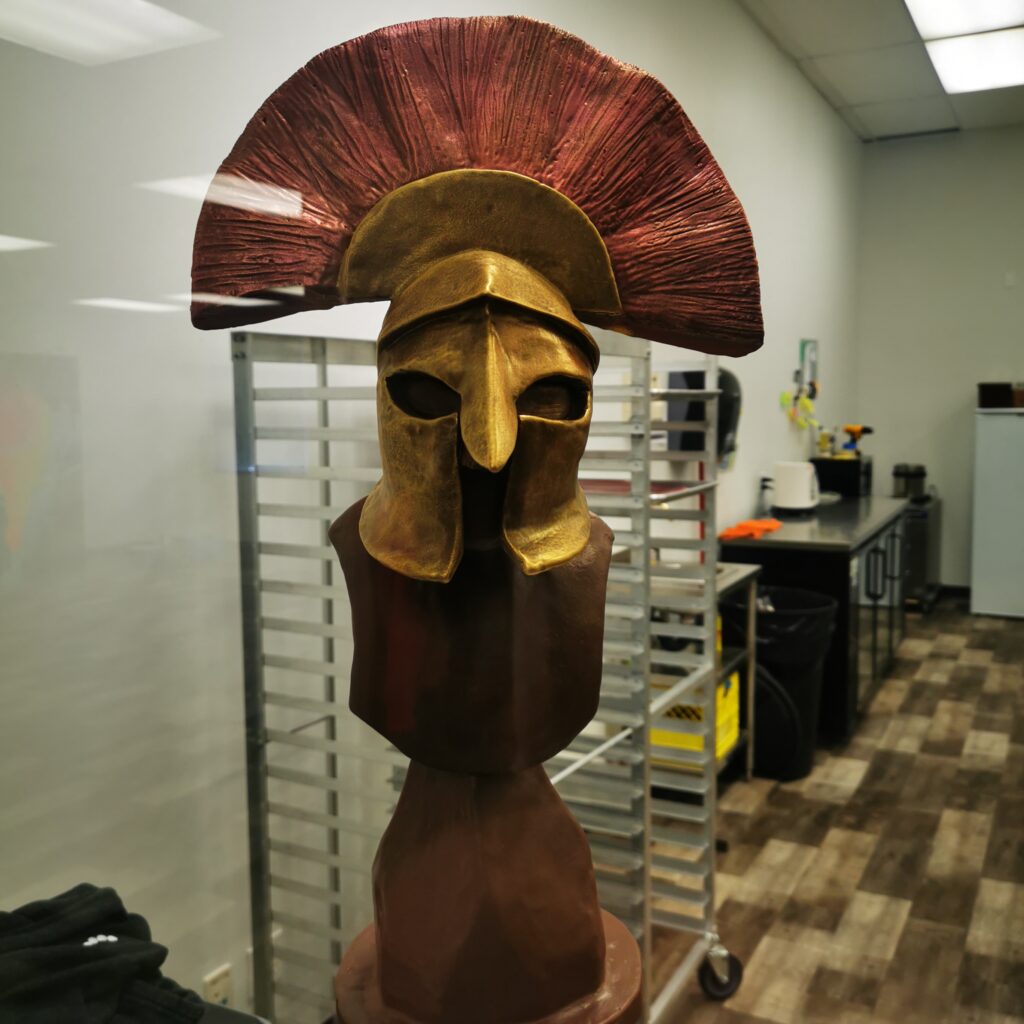 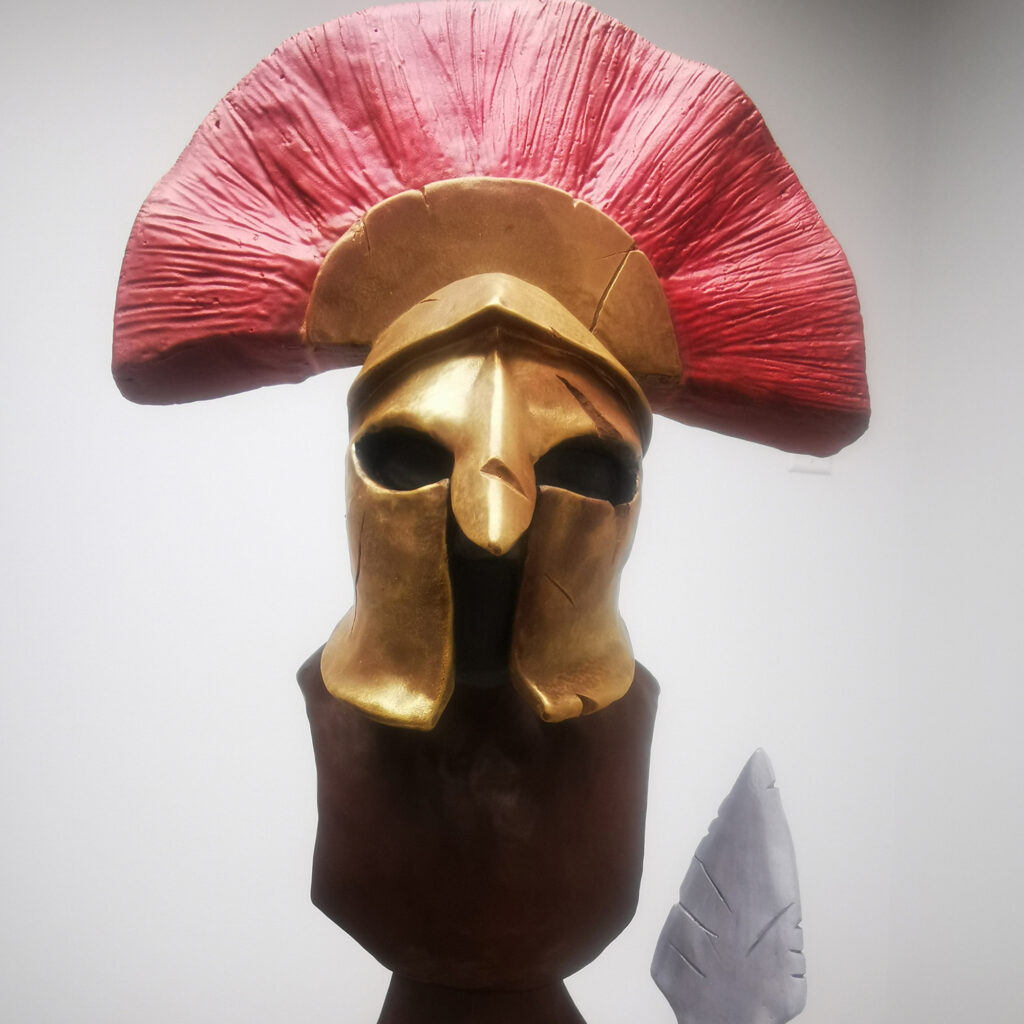 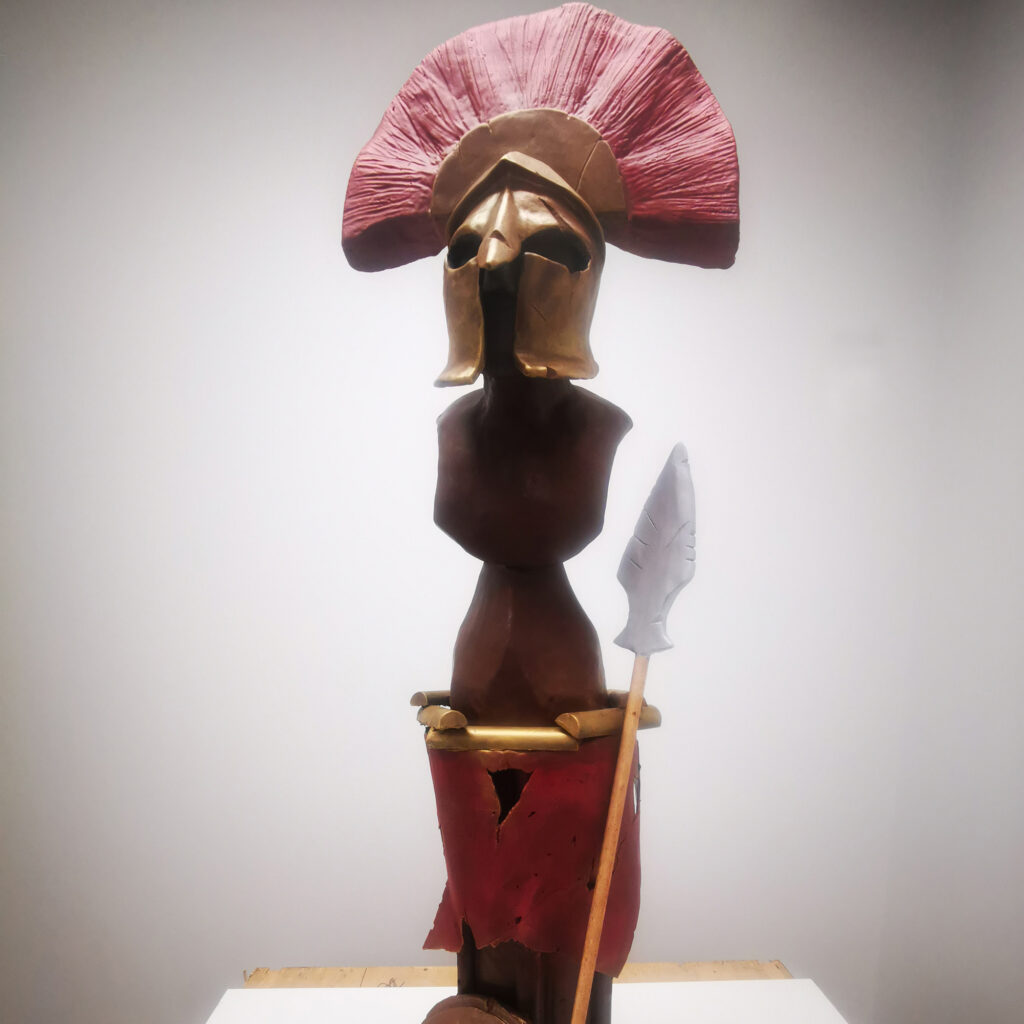 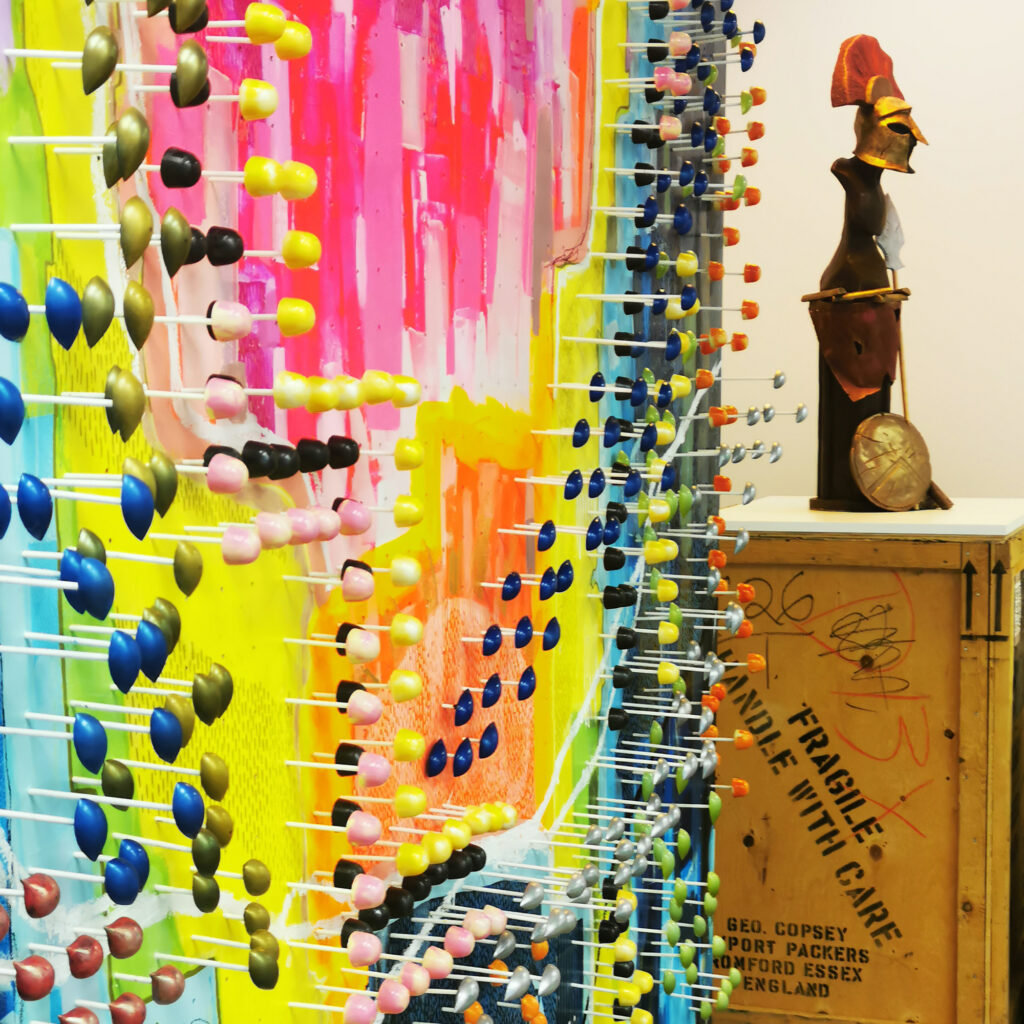